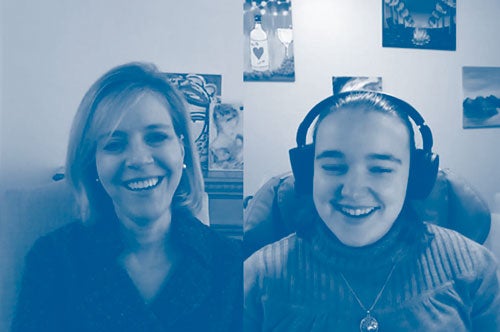 One week after officially beginning her term as president of the CAS, Kathy Antonello took the time to meet with me to discuss her career path and goals as president, while also offering some excellent advice for candidates.

Mindy Moss (MM): What has been your career path as an actuary?

Kathy Antonello (KA): My career path has not been traditional. I found out about the actuarial career during my junior year of college at Birmingham-Southern College. I was a biology major planning on going into medical school and about halfway through my junior year decided that was not the path for me. When I told [my advisor] that I did not want to go to medical school anymore, she said, “Well, you’ve taken so many math classes — why is that?” And I just had loved it — I was taking them for fun. That’s when she told me about the actuarial career. My advisor helped me land an internship at Blue Cross Blue Shield that summer, and then another during the January term of my senior year. I then did a second internship at Liberty National Life Insurance and eventually got a job offer; I ended up working there for about five years after I graduated.

I started out on the life insurance side. After my first job I was in consulting for several years for Milliman in their life consulting group. By that time, I had gotten married and had my first child, and my husband took a position in South Florida — and there were just no life insurance companies in South Florida. So that’s when I pivoted and started taking the CAS exams. I went to work for NCCI and finished up my Fellowship, and then left to take my first chief actuary role at Lumbermen’s Underwriting Alliance. Twelve years later, NCCI called me back and said, “Our chief actuary is leaving, would you like to interview for that role?” And I did. I was chief actuary at NCCI for about six years, and that’s when I met Doug Dirks, who was the CEO of Employers, the company I work for now. He was chairman of the board at NCCI; we kept in touch and I ended up taking a role with Employers. Nine months into that, he decided that he was going to retire. I decided to interview for the CEO role, and now that’s where I am today.

MM: What led you to pursue becoming the president of the CAS?

KA: I wouldn’t say I “pursued” becoming president. I was just finishing up a three-year term on the CAS board when Brian Brown, chair of the CAS Nominating Committee, reached out to me to ask if it was something that would interest me. I gave that some thought and decided that it was something that I would like to sd. So far I’ve really enjoyed getting to know so many different people from different companies, learning how they view their actuarial roles and the value they can add to their companies. It’s been a great experience, both being on the board and as president-elect and now as president.

MM: How would you describe your leadership style?

KA: I would say that I’m able to adapt my leadership style based on the situation. When I have my whole team together, I’m fairly democratic in my approach to hearing everyone out; but then understanding too that I ultimately have to make a decision based on all of the information that’s provided to me. I like coaching and helping people grow in their careers. I think at times I can be a visionary and see what path I want to take my team down and lead them there. Leadership is an area where you never stop growing and learning.

MM: What goals do you have for your presidency?

KA: What’s top of mind is engagement with the membership and understanding what it is that they want from the CAS. I have said that’s where I want my focus to be in 2022: understanding what’s working and what’s not. We’re an organization of over 9,000 members, and the best thing we can do is take all member input into consideration and make the best decisions that we can. Our members elect their board and their leadership, but then can’t vote on every single issue, so I think we should do a better job of hearing and trying to understand the direction that our members want to take the organization. I feel like we are moving in the right direction in that regard.

In addition to member engagement as a priority, I’m completely on board with our strategic plan, and the vision that we have for data and analytics and incorporating that into the exams with computer-based testing — making the experience a more practical experience as opposed to the old pen-and-paper exams. We are definitely moving in that direction with our Admissions Transformation Plan (ATP) and the many advancements we have planned for our admissions program. And my focus on engagement is not limited to members — we want to engage with candidates as well. (Editor’s note: Candidates can submit feedback on the ATP to casatp@casact.org.)

MM: What are you most excited about for next year?

KA: This isn’t necessarily specific to the CAS, but I am excited about getting back out and seeing everyone. I was recently at the CAS Annual Meeting in San Diego and got to speak on a couple of topics there. It was just so nice to be in front of people, making connections and feeling that energy again. I’m really looking forward to opportunities ahead to connect live with the CAS community. When I served on the CAS Board, it was just so valuable having everyone in the same meeting room, as well as getting into one-on-one discussions with members at a deeper level. It’s not easy to do on camera. I’m looking forward to forming those new relationships and hearing what everyone has to say.

MM: What advice do you have for current candidates?

KA: I think it’s important to see the attainment of the credential as a beginning, as opposed to an end. While achieving the Fellowship credential is a great accomplishment and deserves celebration, I encourage our current candidates to look at the credential as the beginning of the next journey. Candidates learn a lot about risk and insurance through the exams, and after that they should start a new journey of learning about all the other critical areas of their company and try to get involved in a lot of different areas so they continue to grow. That would be my top recommendation.

If I had another one, it would be to take some risks and consider lateral moves in your career. We talked earlier about how I began on the life and health side, then had to start the upper-level exams all over again to attain my CAS Fellowship. That was difficult in a lot of ways, but I can say at the end of the day I think that was the best move I ever made in my career, opening up so many new avenues. When I began taking the P&C exams, I had a different perspective because I had already been in the industry for a long time. They say, “the best careers are not ladders; they’re jungle gyms,” and I think that’s so true. A lot of people will pass up opportunities because they are a lateral move, or don’t offer more money or a higher title. For those reasons, they think it’s not wise. They want to move straight up the ladder — and I feel like that’s sometimes short sighted. If you show the willingness to take a risk and to learn something new, people will view you in a very different light.