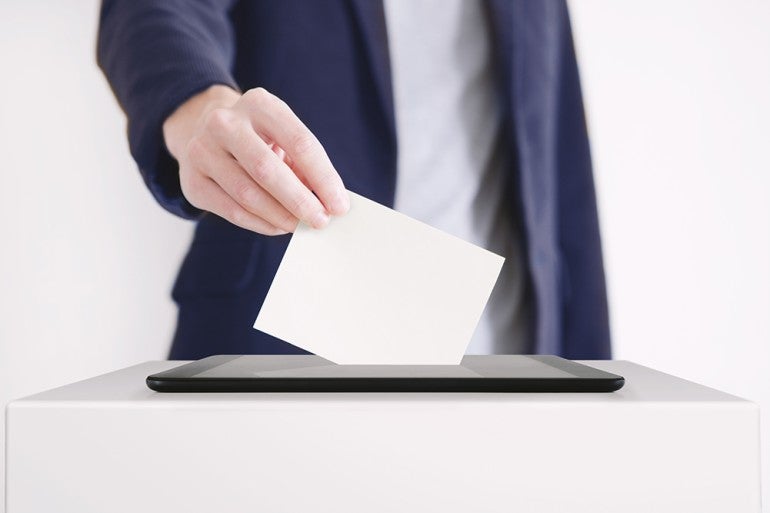 The CAS Nominating Committee wants your input on the slate of candidates for the 2023 CAS elections for the Board of Directors and President-Elect. Any member may submit a nomination, and if you are a Fellow of the CAS, you are welcome to nominate yourself. Fellows may also submit a petition to be placed on the ballot; see additional details on petitioning below.

As an incentive for encouraging nominations, the CAS will award up to ten $100 Amazon gift cards to individuals whose nominees are selected by the Nominating Committee to be included on the 2023 ballot.

The deadline for submissions is February 24, 2023.

NOMINATIONS FOR BOARD OF DIRECTORS AND PRESIDENT-ELECT

Submit your nominations, including self-nominations, to aid the Nominating Committee in preparing the 2023 slate of candidates for President-Elect and Directors, who will be voted on by the Voting Members in August. Note that only CAS Fellows are eligible to serve on the Board or as President-Elect, and a nomination does not ensure that the nominee will be included on the election ballot. The Nominating Committee determines the final slate of candidates.

If your nominee is selected to be included on the ballot as a candidate for President-Elect and Directors, you will receive a $100 Amazon gift card. Up to ten gift cards will be awarded. If multiple individuals submit the same candidate, the winner of the gift card will be the first individual who submitted the name. Self-nominations are included in the referral bonus program.

Submit your nominations by February 24, 2023 by completing the simple online form or by sending an email to Laura Stout at lstout@casact.org. You are welcome to include a few words about why you are nominating yourself or your colleague; the additional information is optional.

PETITION FOR BOARD OF DIRECTORS AND PRESIDENT-ELECT

In addition to the call for nominations, Fellows may be included on the ballot for Board and President-Elect candidates by the submission of a petition form and disclosure statement. Petitions are due by February 24, 2023.

The following documents are provided for members who are considering nominations or petitioning to be placed on the ballot:

Thank you for your participation in the 2023 CAS election process.