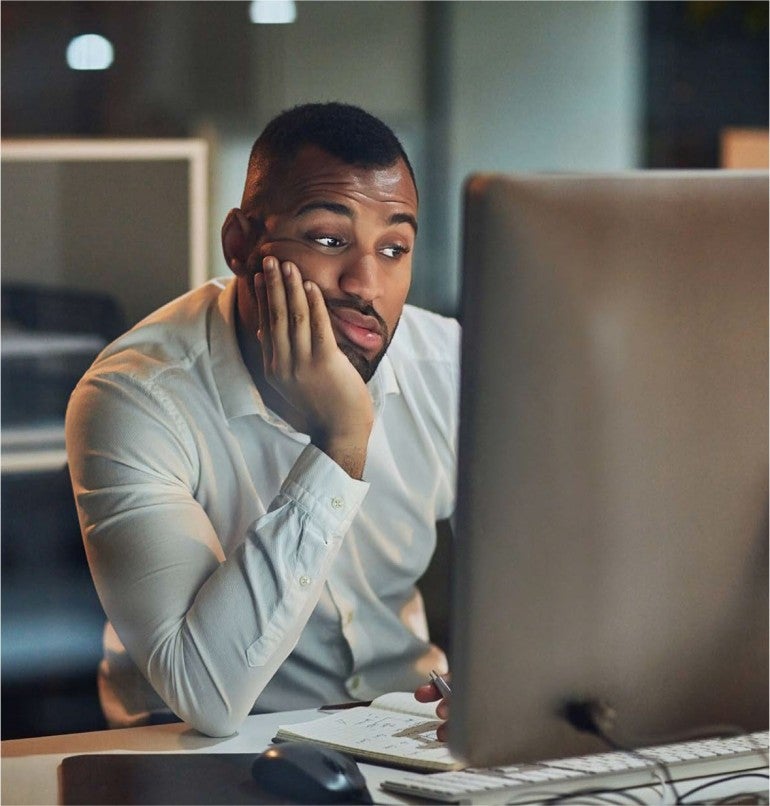 The day is finally here! The day you’ve been waiting on for four long months. No, I’m not talking about exam day; I’m talking about the day after your exam. That blissful day when you wake up and realize that your free time is your own again (at least for a couple of months). No guilt about binging the latest TV show (Bridgerton, anyone?), and your friends and family are all happy to see you emerge from your studying cocoon. But, while you’re enjoying the time away from studying, there’s also that small anxious feeling … because now you are waiting for your exam result.

A question the CAWG receives a lot is, “What exactly does the exam grading process entail?” And although most candidates are too polite to say it, we know that what people really mean is, “What’s taking so long?” With the advent of computer-based testing (CBT) many candidates too have questions on how the process has changed and what candidates can expect going forward. In this article, I will give an overview of what happens after you finish Exams 5 through 9, and what exactly is taking so long.

In general, the grading process is much the same as it was before CBT but conducted virtually instead of on paper. Practically, this means that the whole process can start sooner! Months before the exams are administered, graders volunteer through either the CAS Volunteer Survey or through a call for graders. CAS Fellows are eligible to be graders for all CAS exams; CAS Associates are eligible to volunteer to grade Associateship exams provided they are three years removed from taking exams. Prior to the beginning of grading, all graders (even experienced ones) receive training materials on the grading system so that everyone is well-versed in how to grade online and informed of any recent updates to the system.

Before CBT, it took weeks for the paper exams to be received, collated, copied and shipped to graders. Now, grading can begin the day after exams are complete. Each question is assigned to a team of graders, with each grader only able to see the candidate responses for their assigned question(s). To begin, each of the graders independently scores about 15-20% of the responses, using the grading rubric developed during the item-writing process.

Two weeks after the grading begins is the grading summit. While for recent sittings the summit has been virtual, for the Spring 2022, sitting for the summit will take place in person. The summit is where the graders compare their initial results to see where they agree and disagree. These results give an indication of whether a rubric needs to be adjusted to accommodate solutions or interpretations that, while valid, were not anticipated during item writing. Each grading team also agrees on how to score mistakes that were not contemplated by the original grading rubric. Any rubric adjustments or changes to scoring are done in consultation with leadership of the Syllabus and Exam Working Group.

Once the rubric is finalized and the grading team has reconciled their initial set of scores, they also review the question to make their recommendation on what score a minimally qualified candidate (MQC) would achieve on the question. The MQC score is originally set by the exam writers, but graders can provide additional insight based on the exam responses they have seen and common errors and misinterpretations that have been made. The leadership of the Syllabus and Exam Working Group then decides whether, and how much, to adjust the MQC score for each question based on the grader input and observations.

After the grading summit, the graders will have an additional 1.5-2 weeks to finish grading and reconciling all the responses. While everyone is aware that candidates are anxious for their results, graders are volunteers with day jobs, too, and it is of the utmost importance that we complete this process rigorously and completely; this time is needed for them to get through the hundreds of candidate responses. After every member of the grading team has graded each response for a question, the graders must then reconcile their scores. This means that the graders discuss any answer where the difference between their scores exceeds a narrow threshold. They must come to an agreement on what the reconciled score should be before moving on to the regrade step.

After reconciliation, the total exam scores for each candidate are compared to the pass mark, which is set by the summing of the MQC scores for each question across the entire exam. Any exam result that is within a certain range of the pass mark is automatically flagged for an additional round of review, which takes an additional week. For every flagged exam, the grading team looks again at each question and must come to full agreement on the exact final score deserved for that answer. You can be sure that the graders are careful with the regrade process; they realize that changing a score even slightly can be the difference in a pass or a fail for that candidate.

Grievances filed with the CAS/Pearson VUE are carefully reviewed and responded to on an individual basis. The CAS makes sure that each grievance is handled personally and that they are responded to before finalizing the exam results, as some grievances could affect exam scores. For more information on the grievance process, see the June 2021 Future Fellows.

Roughly six to eight weeks after the exam, results are released. Hopefully, the steps described above help explain what exactly has been going on during those weeks. The CAS has always aimed to shorten the time needed to grade exams, and CBT is continuing to help us achieve that goal. The bottom line is this: The Society’s number one goal is to provide accurate exam results.

It is hard to do (I’ve been there!), but I highly advise patience while waiting for your exam result. It can be tempting to try to find out results early, perhaps by gaming the system or by figuring out the URL where results will be posted. The CAS waits to post results until they know everything is 100% finalized and correct. Seeking out results early risks seeing incorrect results — and what’s worse, if there is some sort of breach the CAS has to spend time rechecking things rather than posting grades. In fact, attempting to access results early is now explicitly banned under the Exam Discipline Policy. Know that the CAS posts the results as soon as is feasible. While you’re waiting, take the time to enjoy life before you have to start studying for the next exam.